“That if desperate times call for desperate measures, then I’m free to act as desperately as I wish.”
― Suzanne Collins, Catching Fire

Buy a car or steal a car

Get an education or drop out

Argue or walk away 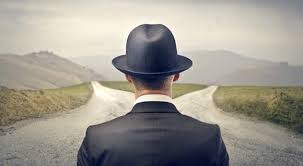 I can go on and on with the comparisons of choices but desperation causes people to make rash decisions.  You never know what another person is faced with until you are put in their position. It’s easy for us to say what we would not do but you just don’t know.

The seemingly mountains that are before you will cause you to question your decision making patterns in life. Do I have a choice? Desperate measures leads to desperate actions:

The mother who can’t feed her child and the kid is looking her in the face. The dad who could not pay his rent because he was laid off from work. The child who has test sitting in front of them knowing if they don’t pass the test it would keep them from passing the course. The young man who is trying to fit in with the crowd because he always felt alone. The young lady who is being pressure into having sex but she don’t want to lose the only person she feels that has ever loved her. The kid that is sexually confused but afraid to vocalize it so they experiment with their thoughts.

Desperation draws you into territory you have never traveled before…

Desperation will cause you to make a permanent decision based on a temporary situation….

Desperation will cause you to forget your integrity….

Desperation will cause you to pull a trigger…

Desperation will cause you to turn a trick, cheat on a test, join a gang, steal, kill, lie…….

WE are free to act as desperately as we wish however in the end the CONSEQUENCES belongs to us!!!!

“The most sublime act is to set another before you.”
― William Blake

YET everyone forgot about YOU

Little girl with no name

Little girl with no face

Little girl made to feel shame

Little girl you tried to erase

She was left to fend for herself

The once innocent little girl became hard and mean

She no longer cried tears she just developed a hard outershell

Once dainty and cute

Her mother was in denial

Her father didn’t care either

They sacrificed their child for their own happiness

He didn’t want to take on the responsibility

The child became the sacrificial lamb

But in the end she still waited with open arms just to say: