Surrounded by walls that quickly started to close her in

she slowly begin to lose her breath.

Gasping for air she tried to find a place

to go to escape the closing all around her

but she was stuck in that place.

and that’s when she realized it was all in her head!

She said go the extra mile

She said never look them in the face

They said the eyes are the windows to the soul

She said you just have to learn to live

They said you must give to live

She said never trust people their actions speaks for them

She said life is too short to waste on people

They said life is about what you do for others

The moral of it all is we all have that “she” in our lives but in order to make it in the world and really enjoy life and people take the advice from “they” because they are living what they say!!!

“Failure is not the deterrent for the next try. Rather, it is information that empowers the next step.”
― Craig D. Lounsbrough

The one step that is holding us back tends to be the one we didn’t take. Life is about walking a bit, running a bit, struggling a bit and leaping a bit but you can never make it to the next level if you don’t fail a bit.

Never miss a moment because you decided it didn’t work the first time!

After you fail you must get back up again because it on a whole different level from falling. 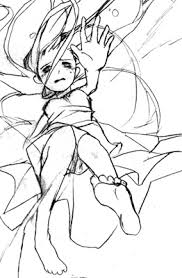 Keep in the mind that making is a mistake is like you fell down but failure is when you decide to stay down!

“The beautiful journey of today can only begin when we learn to let go of yesterday.”
― Steve Maraboli

I recently got a new vehicle and it is a black journey. I didn’t realize the significance of the vehicle until yesterday. My life has been a black journey up until this point because I would not let go of the past!  I was fearful out what was ahead so I clung to the known because it was safer.

I know the road ahead of me is so promising but fear strangles the life out of you and all your energy is spent trying to figure out how to keep going.

When I walked into the dealership I knew what I wanted and had everything picked out in my mind but something about this black journey just pulled me in. I didn’t want to test drive it because I knew it was just what I needed to get me to my next destination in life. The one thing that was holding me back was now getting ready to launch me into the journey of a life time. It gave me my freedom back!!!

“Maturity, one discovers, has everything to do with the acceptance of ‘not knowing.”
― Mark Z. Danielewski, House of Leaves

In August your expectation is that things will start to change. The end of summer is slowly approaching. Your relaxed routine is about to return to a hectic place for most people and the season as you know it is moving forward.

My August was all of this plus a multitude of storms all coming at one. I didn’t know if I needed an umbrella, windbreaker, an underground shelter or battle clothes. The uncertainty of not knowing what is going to happen next when you are dealing with an analytic person can be overwhelming.

I over analyze everything but at times I just take the punches and roll with it!!! THIS AUGUST……Mayweather boxed me up for almost 30 whole days not ten rounds like you are used to but for a whole month!! I ducked and dodged but still felt like I had been in the fight of my life.  Uncertainty of what is next had set in!

Everything I had held onto was in a whirlwind and I had to act like everything was still standing in the same place. Vision was so clouded from everything flying up and around me I could not see what was ahead of me.

Uncertainty and disbelief set in

Uncertainty is a silent killer to people who are used to having everything seemingly in order! The tears, the panic attacks, the unanswered prayers, the anger, the feeling of defeat and the despise for others who seems to be breezing through my August storm.

As my August ends and September begins the lesson I took away from this all is winds come to blow you into the area that you are supposed to be in. Sometimes we focus so much on what is wrong that we don’t get a chance to see all the things that are right!

Look at the things that transpired over the weekend in VA. The world is not separated by color but separated by HATE!!! Don’t be surprised that this happening because our silence allowed the pot to be stirred again.

of a broken heart

She realized that the way she was carrying the crown was too much. It was weighing her down…….

So she took it off!

“Are you green and growing or ripe and rotting?”
― Ray Kroc

Life can sometimes be just like the images you see when you don’t take the time to take what’s  inside and bring it to the outside to give it the opportunity to thrive. Stop sitting and waiting for someone to come pick you up out of a basket, and create your own basket. Nothing comes to a person who sits but a stench and a rotten core.

Replace your existence with persistence and watch how your stench becomes a scent that is a pleasing aroma to you and to those around you!

Say it with me: I commit to dismiss every urge to just exist!

As I wrote this years ago I decided to reevaluate some of the words. Did I see a change? Am I just still sitting and rotting or using my fruit to allow more seeds to grow?

“Sometimes “No” is the kindest word.”
― Vironika Tugaleva

All she ever heard:

Was no you can’t go!

No you can’t stay!

No you won’t fit in!

No it’s not your type of people!

No I don’t want you following me!

No I don’t want to be seen with you!

No can you just go home!

As she hung her head in defeat and retreated to the place in her mind where NO was a place of acceptance the phone rang. It was in that moment she realized that NO was the kindest word she had ever heard because in a blink of an eye everything had just changed.